If you’d like to visit new places, to enjoy decent music, to meet new friends and to have a lot of fun simultaneously, Lithuanian festivals will be the best choice for you. A great number of cultural events take place in this country almost all year round. There are festivals for every taste and audience; some of them take places in big cities and the others are held in remote picturesque locations. Some festivals are dedicated to ancient and folk traditions, and the others focus on contemporary culture.

That is not surprising, since Lithuania is a country with a thousand-year history and rich cultural heritage. Most of the festivals were restored after the 1991 year when the independence of Lithuania was re-establishing. The festivals popularize and develop Lithuanian culture, music, and cinema; they attract many tourists from all over the world to visit this amazing country.

The festivals are well-organized, special attention is paid to the safety of all guests and participants.

Tickets for festivals are available online; for some events the entrance is free.

The most significant and anticipated Lithuanian festival, which, furthermore, has a status of national celebration and included in the UNESCO Representative List of the Intangible Cultural Heritage of Humanity, is the Lithuanian Song Festival or the Song and Dance Celebration. The history of the festival dates back to the 1924 year but for a long time this event was banned and restored only in the 1990 year. Nowadays it is held every four years in summer, approximately since the 30th of June till the 6th of July, and also called “Lithuanian Art Olympics” as brings together thousands of participants and guests from all over the country. Especially great celebration of Song Festival took place in the 2018 year, as it was dedicated to the 100th anniversary of the independence of Lithuania. The festival was opened by Lithuanian President and was the most massive and vivid cultural event in the country. 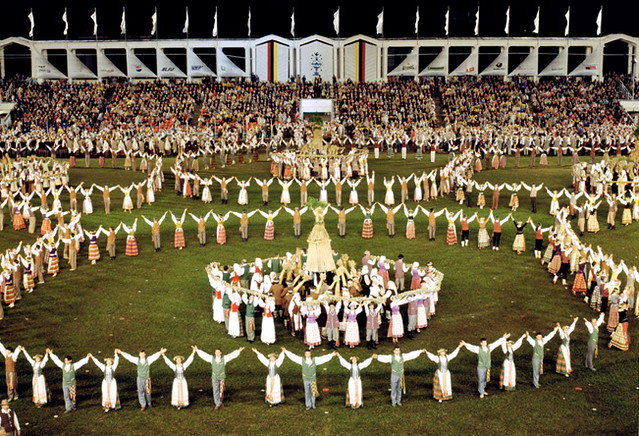 One of the most joyous Lithuanian celebrations is annually held in Klaipeda in late July and lasts for three days. Klaipeda Sea Festival was founded in the 1934 year and has become a bright and amazing event, which is attended by almost half a million guests. The festival programme is usually vivid and eventful. It includes street performances, bright carnivals, different exhibitions, street markets, sports competitions. One of the most popular events of the festival is an international Baltic Sprint Cup regatta, which attracts a lot of foreign tourists to Klaipeda. 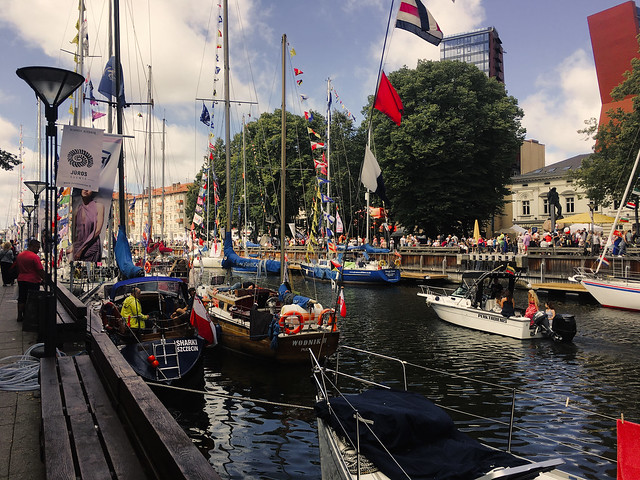 An extremely interesting music event takes place in Vilnius in September. Banchetto Musicale is an international festival, dedicated to the early music of the Middle Ages, Renaissance, and Baroque. The main goal of the festival is the revival of the early music, the acquaintance with forgotten or completely unknown musical masterpieces of the past. At the festival not only Western but also Oriental music is performed. The celebration lasts for two weeks and consists of concerts, stage performances, masterclasses, events for kids, and other activities. Admission to some concerts is free. 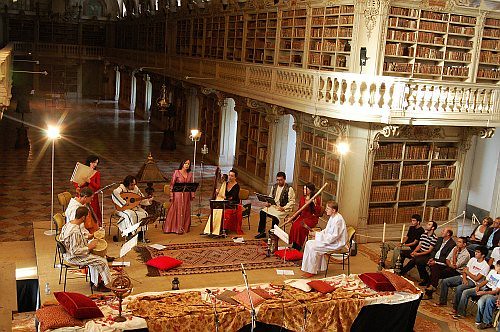 Visagin Country is full of joy and positive energy international festival of country music, annually holds in Lithuania. For two days in August a small town Visiganas turns into an international centre of country music, attended by thousands of performers and spectators from all over the world. There are, of course, a lot of visitors from the United States, but the festival shows, that the country music is very popular in Europe and performed by many musicians. This event takes place in a beautiful location, near a picturesque lake, and offers unforgettable impressions.

Pažaislis Music Festival in Kaunas it’s not just the festival we are used to. It is a great international cultural event, which lasts for the whole summer not only in Kaunas but all over the country. It consists of more than 40 programmes, which are held in different, sometimes unusual, locations: in airports, in castles, in churches etc. The festival brings together the musicians of different styles, from medieval and classical music to folk music, jazz, and pop. So that everyone could enjoy their favourite music. During the festival not only music concerts but also stage performances and other activities take place. This event is well-known outside the country and usually visited by the world-famous performers. 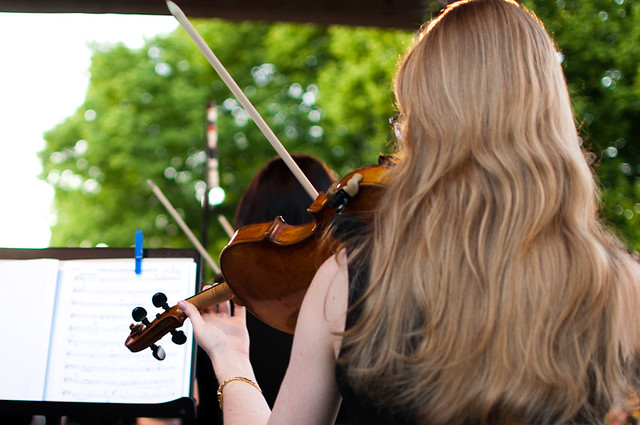 Mėnuo Juodaragis (Black-Horned Moon) is an ethnic festival, devoted to the pagan, pre-Christian traditions and contemporary culture and music. The three-day celebration holds during the last summer weekends and takes place on the picturesque open-air location, where the participants live in tents and enjoy the best ethno-rock music. The festival offers a diverse program of vivid activities, including ancient rituals, dances, performances, films, lectures etc. There is also a location with entertainments for kids. 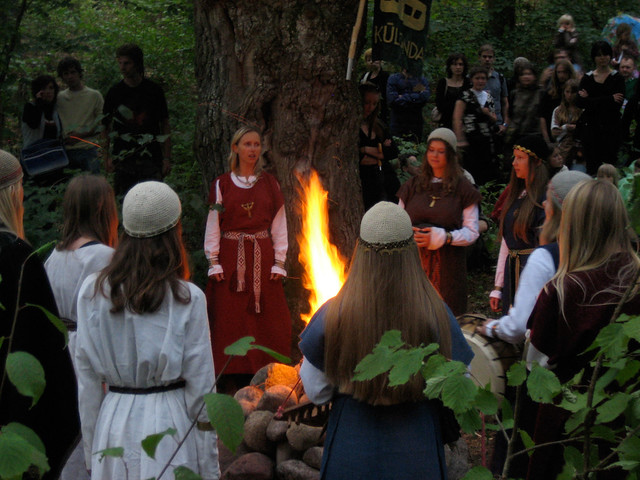 Another interesting event, dedicated to folk music, is held in Lithuania on the last week of May. International folklore festival “Skamba, Skamba Kankliai” takes place in Vilnius and nearby cities, and welcome folk artists from all over the world to participate in this celebration. The interesting feature of the festival is that only amateurs can take part in it, professional artists are not accepted. They can perform any kind of activities, related to their national folklore.

One of the most significant events in the world of cinema is Vilnius International Film Festival, which takes place in Lithuanian capital for two weeks in Spring. It is one of the most attended festivals, during which more than 150 films of debutants and famous directors are screened. The festival is visited by international guests, famous directors, and actors; it includes discussions, meetings, competition programs and rewarding of winners. The festival is held not only in Vilnius but also in many other Lithuanian cities. 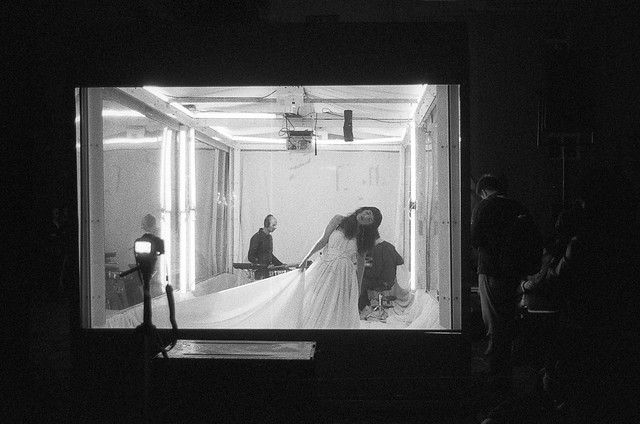 The name of the next festival speaks for itself. Bliuzo Naktys (Blues Nights) invites you to enjoy the best music of Lithuanian and foreign blues performers. This annual festival takes place in the small town of Varnai, near the picturesque lake Luksts, at the beginning of July. Beautiful nature and decent music make this festival one of the most exciting experience.

Supynes is a great cultural event, which was founded in the 2006 year and dedicated to electronic, techno and contemporary music. It welcomes not only local performers but also a lot of foreign musicians from all over the world. All events of the festival are separated between four stages, called More, Less, Low and High. The festival is held in late July in a picturesque natural location at Tolieja resort and lasts for three days. It’s possible to buy tickets for bitcoins. 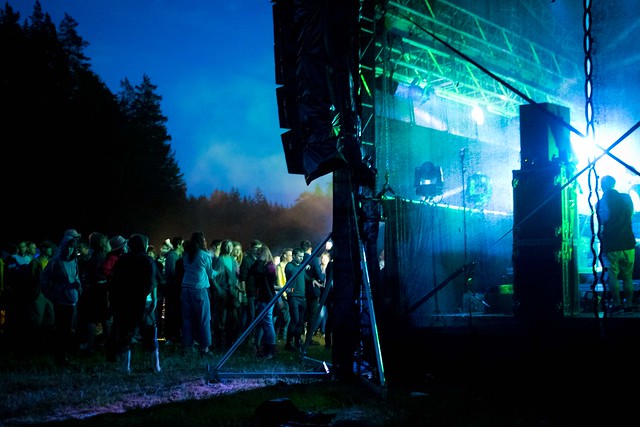 Another inspiring music fest takes place in Lithuania in late April. It calls Kaunas Jazz Festival but in fact, it is held not only in Kaunas but also in Vilnius, Palanga and five other cities. The festival was founded in the 1991 year; it was included in the Europe Jazz Network and has become one of the most significant events in the world music. The participants come from over 20 countries and represent a great variety of jazz styles. You could buy the tickets for the festival online, for some events the entrance is free. 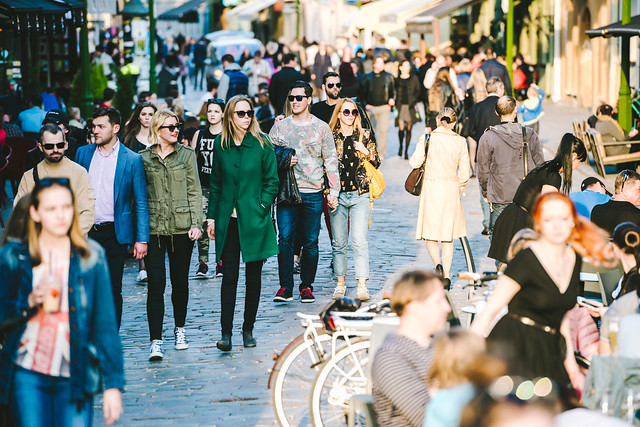 As you can see, Summer in Lithuania is a period of a large variety of cultural activities. Midsummer Vilnius Festival is not an exception, as it takes place in the middle of the Summer in the heart of Vilnius. For ten days the Palace of the Grand Dukes of Lithuania turns into the centre of the vivid and inspiring celebration. The festival represents the music of various genres and styles, from all over the world. Good organization, interesting program, and a convenient location make this festival one of the most expected events.

Galapagai is one more interesting open-air festival, which takes place on the picturesque island of Zarasas Lake. It lasts for three days in late July and welcomes performers from all over the world. The festival has five stages and offers a great variety of concerts and cultural events. It’s an excellent opportunity to enjoy good music and pleasant outdoor activities at the same time. What is interesting, is that the festival encourages to help homeless animals. 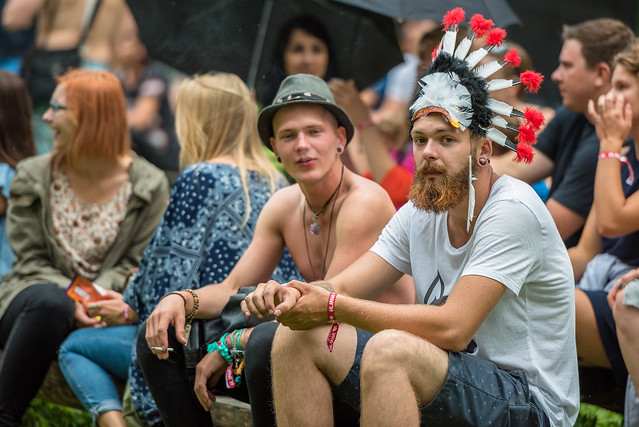 It’s worth to mention, that Lithuanians are very good at entertaining. Their celebrations are vivid, eventful, with diverse activities and a lot of foreign guests. If you decide to visit these events, it will be one of the most pleasant and exciting travel experiences.

Discover the most popular attractions

The best way to discover Vilnius