Home / Fall in love with Lithuania

Fall in love with Lithuania

Elegant Baltic states, which distinctly differ from other European countries, are visited by more and more tourists every year. It’s quite natural, given that Baltic countries became a part of the EU and Schengen area and offer an endless amount of interesting and unusual activities.

There are a lot of reasons to visit Lithuania and no one obstacle. This country has a convenient transport connection, developed infrastructure; it’s very welcoming and not too expensive. Lithuania attracts tourist with its ancient history, rich cultural heritage, fascinating landscapes, marvelous sands and dunes. The country is well-known for its curative water, mud, and treatment microclimate.

The most popular tourist destinations in Lithuania are Vilnius, Kaunas, Trakai; seaside resorts such as Klaipeda, Neringa and Palanga; international spa resorts in Druskininkai and Birstonas.

Due to the complicated Lithuanian history, it’s a country of great cultural diversity. For centuries this country had played an important role in the European region. Lithuania was founded in the 13th century and shortly after that it became one of the most powerful European empires. In the period of 16th – 18th centuries it was a part of the Polish-Lithuanian confederation. For the next century the country was conquered by Russian Empire; then it suffered from the German authority and USSR domination. At least, in the 1990 year Lithuania became an independent state, and since the 2004 year it has been an EU member.

All these historical events affected the Lithuanian culture. Especially it’s visible in Vilnius, the capital of the country. Wondering around the city, you could enjoy an amazing mix of architectural styles; you could see gothic buildings nearby neo-classicism and baroque ones. The heart of the city, Old Town, listed as a UNESCO World Heritage Site.  It is one of the largest medieval towns in Europe and it’s a city with the best-preserved samples of the Baroque architecture. The Town Hall Square, the Cathedral Square, Higher Castle are the must-see places.

One of the most popular tourist attractions in Vilnius is the KGB museum, placed in a former soviet prison. Actually, the USSR period left its huge mark on Lithuania’s history and culture. There are numbers of soviet buildings which nowadays become famous tourist spots. In the KGB museum you could get known with historical facts about soviet occupation, terror, imprisons and freedom fights. 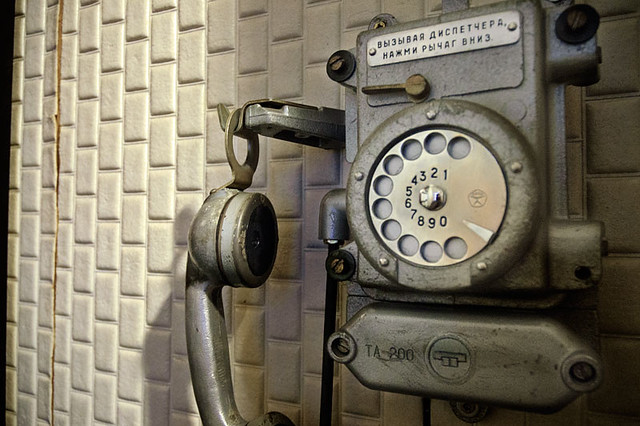 Another place which is worth to visit in Vilnius is Uzupis. This district placed in the part of Old Town, and considered to be “Republic in the Republic”. It’s a home for about 1000 artists, who live and work here. Distinguish features of this place are bohemian and relaxing atmosphere, creative, vivid houses and masterpieces at every turn. 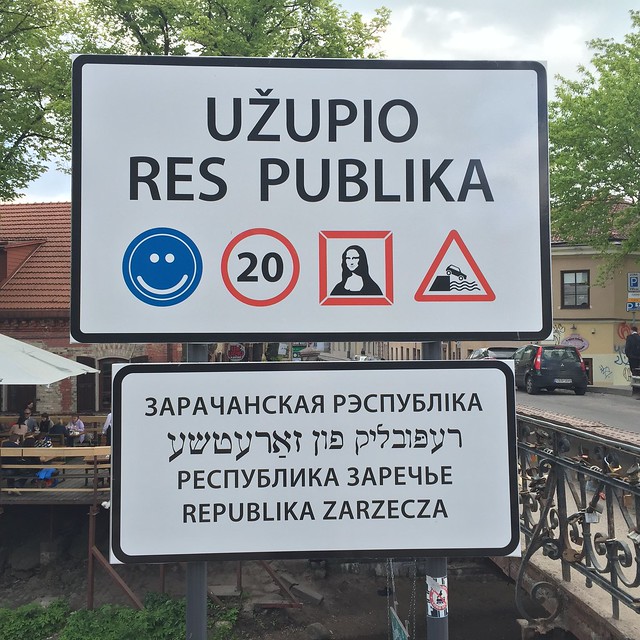 If you want to enjoy more Lithuanian medieval architecture, it’s definitely worth to visit Kaunas, a city of ancient history and amazing fortresses. 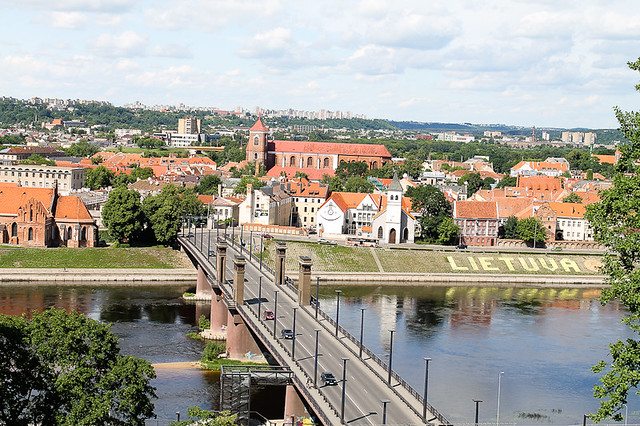 One more significant place in Lithuania located eleven kilometres far from Siauliai city, in northern Lithuania. It’s a mound on which thousands of crosses are placed. It is known as the Hill of Crosses and this place is surrounded by mystery and legends. The reason and the time of crosses appearance didn’t known precisely. According to one of the version, crosses appeared on the place of former pagan temple shortly after the christening of Lithuania. Another point of view assumes that first crosses were placed on the Hill after 1831 Uprising. 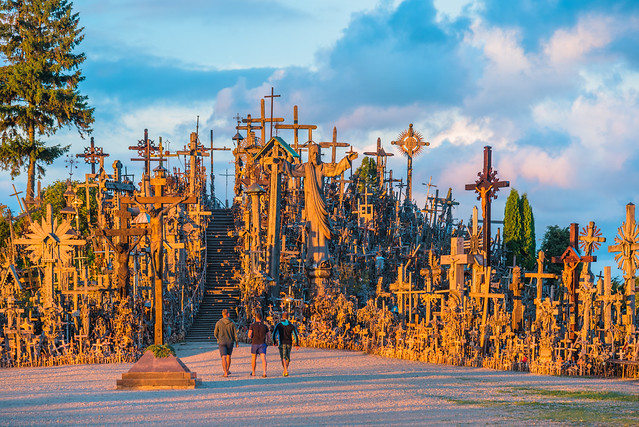 On September 1993 the Hill was visited by Pope John Paul II, which made it well-known all over the Catholic world. Nowadays the Hill of Crosses is supposed to be the place of hope and love. There are about 100 thousand crosses and crucifixes from all over the world.

One of the favorite tourist destinations in Lithuania is Trakai island castle – a unique architectural object, erected in 14th – 15th centuries on the island of picturesque Lake Galve. It had a great strategic importance and played an important role in the country’s history and culture. Nowadays it’s one of the most visited tourist attractions in Lithuania. Trakai is also famous for its splendid National park with about 20 beautiful lakes. You could have a great day tour to Trakai from Vilnius with our professional guide. 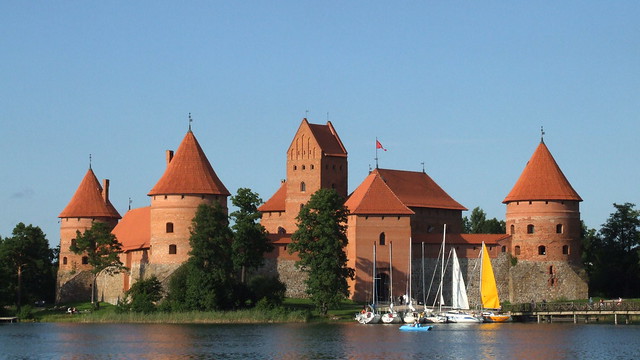 Neringa, Palanga, and Klaipeda are extremely popular sea resorts and holiday destinations for Lithuanians and guests.  Klaipeda is also famous for its medieval Old Town and great museums. Not far from the Klaipeda placed the Curonian Spit – a unique natural location, protected by UNESCO. The spit is a narrow sandy area which separates the Baltic Sea from the Curonian Lagoon. Through its world-famous sand dunes, marvellous pine forests, unique geographical location and comfortable resorts, the Curonian Spit becomes a favorite destination for thousands of tourists. 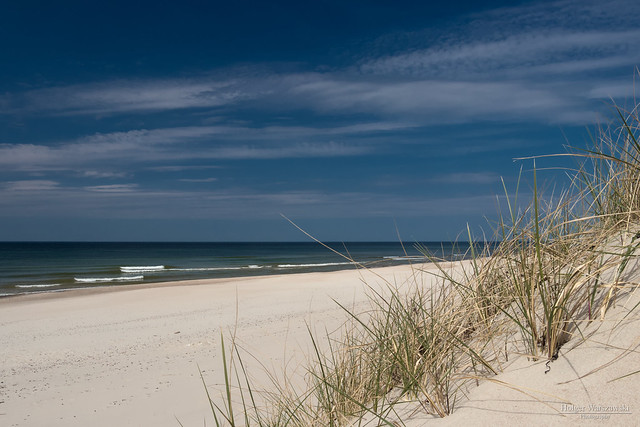 Lithuanian people love folk music, songs, and festivals. A lot of Lithuanian traditions related to St. John’s Day, which is the most popular holiday apart the Christmas. It is celebrated around the whole country on June 24 and accomplished by folk dances, songs, jumping over traditional bonfires. During this festival, all visitors could enjoy the most delicious dishes of Lithuania cuisine, buy some handicrafts, get acquainted with national Lithuanian traditions. 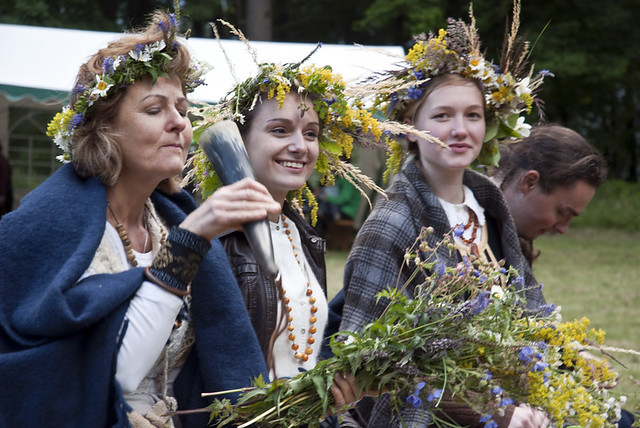 Lithuanian craftsmen admire tourists all over the world. All kinds of pottery and embroidery, wood products and jewelry made of amber became a visiting card of the country.

Traditions of Lithuania cuisine ware determined by its historical events and geographical location; it was influenced by Polish and Russian nations and has some similar features with Belarusian culinary traditions. Typically the national Lithuanian cuisine includes potato, pork, mushrooms, fish, cottage cheese, berries, and berry souses.

The most recognizable dishes of Lithuanian cuisine are Cepelinai, Sakotis, Zrazy, Kugelis etc. All Lithuanian food is very nutritious.

Cepelinai is traditional Lithuania potato dumplings, typically made with meat, cheese or curd. It is so popular around the country that even Cepelinai festivals are arranged.

Sakotis (Tree Cake) is traditional Lithuania cake, baked on the rotating spit. It looks like a tree with spikes and usually serves as a wedding cake or as a dessert on special occasions. 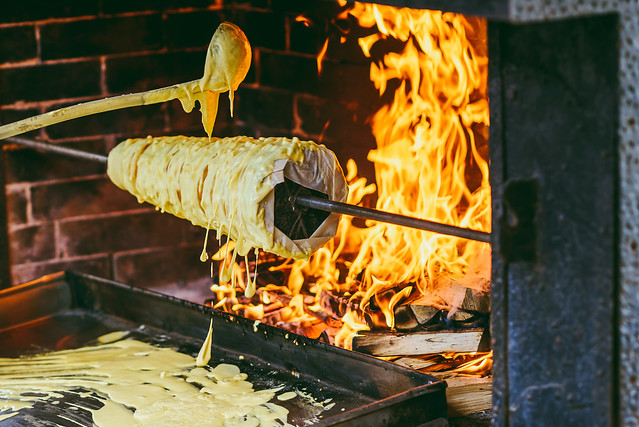 Visit Lithuania and find out more about its ancient and distinctive country. Rest assured, that you will have joyful, tasty and extremely interesting pastime.

Discover the most popular attractions

The best way to discover Vilnius